Family, fairness, and a can do attitude!

Like loads of others, I’ve just returned from my summer holiday and time away from the north east has really made me think about what’s important to me and why I’m so lucky!  The reason is family!  This year we celebrated 50 years at our annual holiday destination in Cornwall – there were about 54 of us there from four generations, from 87 years young to seven months old!  And yes, all family!! Some may recoil in  horror at the very thought of spending two weeks with people you can’t choose to be your nearest, but we all love it and we come from as far away as Africa (as well as all the regions of the UK) to spend time together.

With both my children and grandchildren joining me for the first time since they were adults and settled with their own descendants it really made me think about how lucky I was to have settled in the north east and yet still have access to a broad and loving family who’ve always welcomed (officially my step-children, although I brought them up after my husband died in his mid-forties) into the wider ‘Theobald’ camp.  Generosity of spirit, support and lack of judgement are all character-traits that I hold dear and have benefited from enormously as I struggled to bring up sometimes challenging and challenged children as a single-parent.  Twenty-two years on I’m enormously proud of what both my children have achieved, but I know that they couldn’t have done it without some of the opportunities (and definitely the support) that’s been made available through my family and personal support network closely to home.

By the same token, meeting my late husband and his small children, in the early nineties gave me, an ageing yuppie, both a purpose for my life and the greatest education I’d ever received.  Marrying into a very different world, in which opportunity was not always as obvious or as easy to access as the privileged south east, has informed and driven everything I’ve done in the region that I’m proud to call my home.  If I stand for anything in this post BREXIT world it is for fairness, mutually-beneficial connections and access to opportunity so that anyone, whoever they are and wherever they live, can have access to the life-chances that can make them feel that they ‘can do’ rather than that they can’t.  If you believe either it’s a self-fulfilling prophesy.  I had that as a birthright, thanks to my supportive family.  Through FIRST network, and my work as the Swedish honorary consul among other things I now hope to offer that support to others.

This article first appeared in The Journal newspaper, September 2018 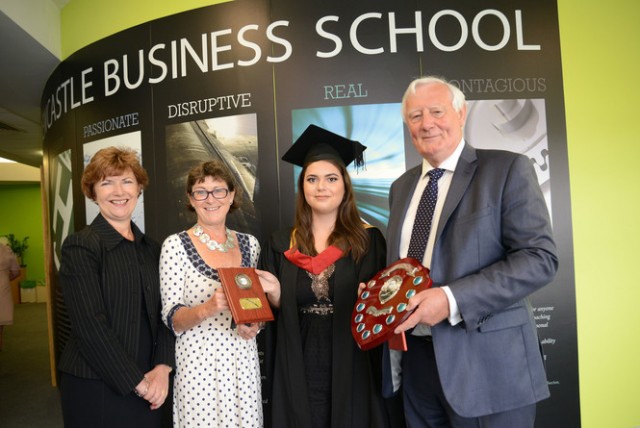 18th May 2018 Turning a negative into a positive, by Caroline Theobald CBE Read More